Who Invented the Toilet? You might not think plumbing is all that fascinating unless you’re a plumber, but there’s a whole world of history behind plumbing fixtures like toilets, sinks, showers, and other forms of indoor plumbing.

Today, we’re taking a look at the real history of toilets, who invented the toilet, and the intriguing, and sometimes humorous, a timeline of the throne for the common man.

Who Invented the Toilet?

There have been more inventions and reinventions of the toilet than you’d probably guess. Sir Thomas Crapper, a British plumber, is most commonly credited with the invention of the flush toilet.

Sir Thomas Crapper founded the Thomas Crapper and Company in London in 1861. He had the first bath, sink, and toilet showroom in the world. The showroom opened in 1870 and remained in its original spot until 1966.

A fun note for trivia buffs and tourists who love unusual things: you can still see some of the Crapper Company manhole covers in Westminster Abbey. Look for the “Thomas Crapper and Company” logo on them as you join other tourists taking a gander.

While Sir Thomas was not the actual inventor of the flushing toilet, he was instrumental in promoting sanitary plumbing. It wasn’t until recently that people had started to become aware of the health hazards of poor sanitation.

Sir Thomas was a strong advocate for healthy sanitation policies and helped to make toilets more accessible to the common people.

It can be assumed that part of why Sir Thomas Crapper has been so heavily credited with the invention of the toilet is because of the number of royal warrants of appointment he received. His name was synonymous with supplying sanitary plumbing fixtures for the royal household on multiple occasions.

Other warrants were received from Edward once he became king, and from George V both when he was the Prince of Wales, and later when he became king.

Slang term “The Crapper” Comes From

It’s said that the slang term “the crapper” comes from an American serviceman who was stationed in England during World War II. He saw the Thomas Crapper and Company logo on a lavatory and stated that he was headed to the crapper.

It’s possibly true, but no one’s certain that this is where the slang term for the water closet actually originated.

The word “crap,” however was already around and used in reference to bodily waste since Middle English, and had been applied to outhouses for quite a while.

Well, okay, toilets were never truly thrones, but they were invented initially for royalty to use.

A fuller timeline of the toilet shows these interesting key moments for indoor plumbing:

The very first flushing water closet is purported to go all the way back about 2,800 years ago to King Minos of Crete.

When the tomb of a Chinese King of the Western Han Dynasty was uncovered and explored, a toilet that dates back to somewhere between 206 B.C.E. and 24 A.D., was found.

Ancient Rome had outhouses and latrines that worked in conjunction with a system of sewers that ran throughout the city, and then poured into the Tiber River. They didn’t know that feces and urine in the river would make people ill and spread diseases.

Toilets of the Middle Ages consisted of something called chamber pots. These were metal or ceramic bowls or pots that were used for relieving yourself. These were then usually emptied out of windows onto the streets below.

1596 brought about a flush toilet specifically invented and made for Queen Elizabeth I. It was made by her godson, Sir John Harrington, a writer.

The first patent for a flushing toilet was issued not to Thomas Crapper, most known for the flush toilet, but to Alexander Cummings, in 1775. Mr. Cummings was a watchmaker and instrument inventor by trade.

Joseph Bramah is credited with patenting the first practical water closet in 1778, in London.

George Jennings took a new patent on the flush out the toilet in 1852.

In 1829, the first hotel to offer indoor plumbing, the Tremont Hotel of Boston, put in eight water closets, which were built by Isaiah Rogers.

Hotels with indoor plumbing were only for the rich until 1840.

Who Invented the Toilet: Not Thomas Crapper

While the famous Sir Thomas Crapper did help to move healthy sanitation into the public eye, the first toilets date back to ancient times.

Toilets may not be the most exciting topic, but the history is interesting nonetheless, and the plumbing fixture has helped to save millions of lives over the years through regulating and transporting bodily waste away from water supplies and the streets on which people live. 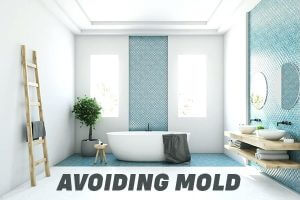 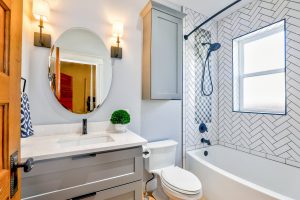